Are you a store, bar, restaurant owner? Let's talk about beer. 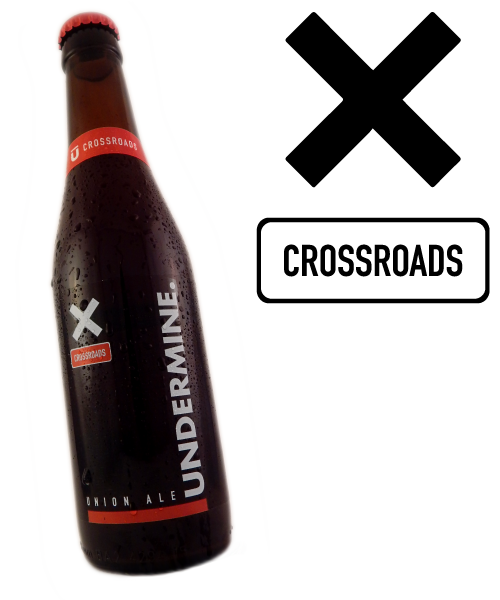 Life is an eternal crossroads, constantly meeting people, cultures, feelings... Our beer Crossroads is a tribute to all those crossroads, a meeting of flavors in a single beer, ideal for drinking with friends, ideal to keep crossing paths.

Dry, with a hint of acidity and a bitter end, like a poker night in Reno. Ideal for sharing with gamblers and rascals who know which cards to throw and which to keep. Perfect to pair with Chuck Berry, Muddy Waters, Howlin 'Wolf, Bo Diddley or John Lee Hooker. 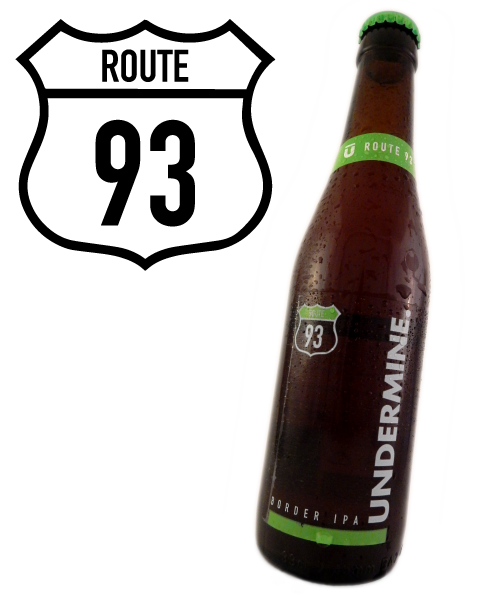 Route 93 stretches from the Canadian border to Wickenburg (Arizona ) and during the years of the " Prohibition " became the main route of entry of contraband beer. The Pale Ale Canadian became the fashionable drink in the United States. Our Route 93 is a tribute to that variety of beer which returned joy to an entire country.

Refreshing, light, dry and bitter end, like the perfect blow. The ideal beer to sit and plan the next job with the members of your band. It is recommended to pair with Kings of Leon, The White Stripes, The Killers, Kasabian or The Black Keys. 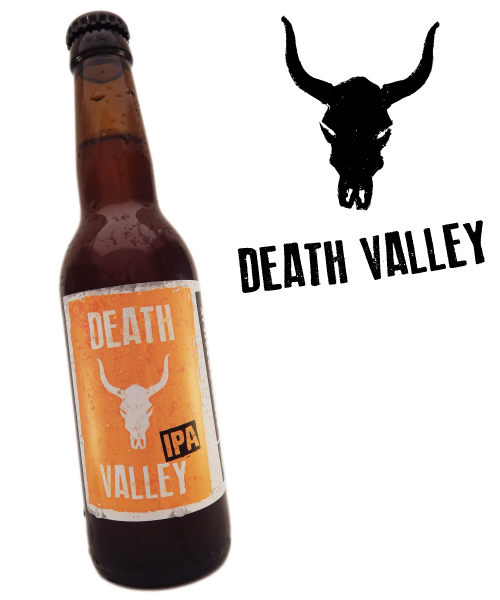 Around 1870, in the middle of the terrifying Death Valley, next to the Amargosa river, there was the Dusty Men tavern. It was the only place where outlaws, rascals and thugs were able to refresh the gullet with a beer while fleeing the authorities. As tribute to this tavern and the noble lords who hung around it, Undermine Death Valley takes its name.

Bitter as life itself. Perfect for drinking with bad company, or failing that with the bailiff in charge of guarding your cell. Must-have pairing with Johnny Cash, Lynyrd Skynyrd, Creedence Clearwater Revival, Allman Brothers or Steppenwolf.

Premium, fresh, unfiltered, unpasteurized beer. Perfect to refresh the gullet with your crew after storming the Santa Fe bank.

"Undermine Beer, the tradition
of breaking with tradition"

Undermine Beer is a dissident brewing company. Our style is the "Road Beer", it is what has always identified us and is what defines our beers. We create and we walk our own way.

Our beers lead from the tradition, but we take out the tradition of them in order to create new varieties, new ways, new experiences to surprise you and make your day.

But make no mistake friends, no one said that our way is the true one. On the other hand in Undermine we are too morons like to ask ourselves there is another way. What we really know is that it would be a pleasure to have you on our side to discover the path of Road Beer together. After all folks... "Who's the more foolish? The fool, or the fool who follows him?".

"Roger W. Pendleton was the father of the company Undermine Beer. In 1856 he was forced to leave England after being wrongfully convicted of fraud, treason against the crown, sedition, adultery, public scandal, bribery, conspiracy, theft and felony"

Today we can say without fear of contradiction that Roger W. Pendleton was a fair, friendly and tenacious man who made ​​himself with effort and faith. He was born into a poor family on the outskirts of Newcastle. Since Roger was very young he always showed a great interest in business, but especially in beer. Aged 30 year old he founded a thriving agency specialized in commodities that earned him fame and fortune nationwide.

But all it came crashing down when a biased Scotland Yard investigation unveiled that his famous silver and tin mines in Africa did not exist; indeed, there was not even a country called Central African Bung Bunga Republic. Roger W. was unjustly sentenced to death in 1856, but eventually managed to flee luring an officer of the royal guard. His flight to Southampton marks the beginning of his wandering history, marks the beginning of the "Road Beer" legend. 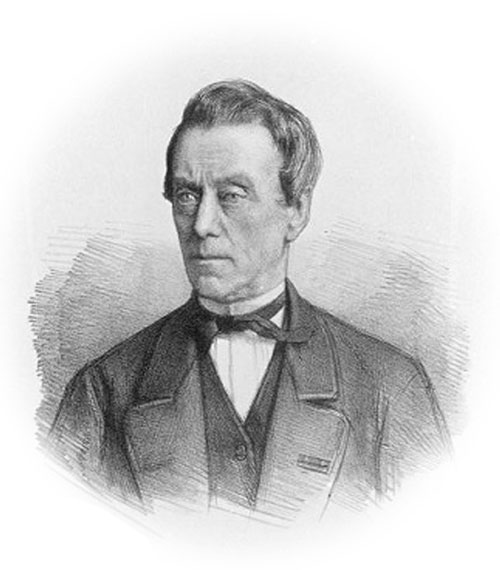 "Considered a hero by some and a villain by others, Mr. Pendleton actively participated in the Civil War. That said he did on both sides, and even on the side of the Arapahoe Indians and the independent militia of Train Robbery Wallace"

After leaving hastily England, the tenacious Roger Pendleton made ​​use of modest savings that had accumulated in a Barbados bank account to establish the first Pendleton brewery, in the American Midwest. At the beginning of the Civil War he already controlled a third part of the country's beer production and signed supply agreements with both sides under the pseudonym of Benedict Undermine.

During the long struggle Mr. Pendleton was consolidated as one of the great brewing entrepreneurs of the time. His position as a commander in both armies allowed him to get rid of many competitors by the old marketing technique of artillery fire.

By 1863 Pendleton beer became very popular in the Confederate side. Since that moment the rebel army received a wave of defeats, each more humiliating, which ended with the unconditional surrender of the southern states in April 1865. 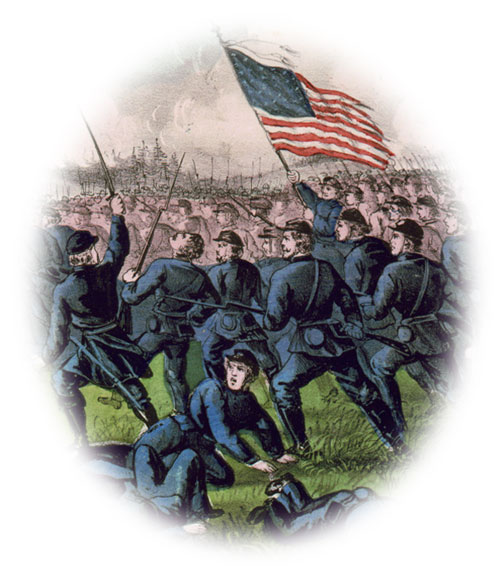 Although Roger Pendleton always denied any connection with the assassination of Lincoln, that shadow chased him throughout his life. It is not clear if it was because of this or his astronomical gambling debts that Roger W. definitely decided to change his name and his company by the one of Undermine.

After the Civil War many honest entrepreneurs like Mr. undermine were forced to adapt to the new scenario. The unfair President Grant personally took charge of outlawing the location of the Undermine factory in the Midwest, claiming that had been built atop an ancient Indian cemetery. The gentle and kind apaches collaborated with the move of the factory from Midwest to Baltimore.

The generous Mr. Undermine rewarded that noble gesture by giving the Apache people a shipment of automatic rifles, explosives and machine guns. Some historians have blamed directly R. Undermine of the White Mountain apache revolt that caused thousands of casualties in the American army. But who are the historians to judge the goodness of a great man like Mr. Undermine? 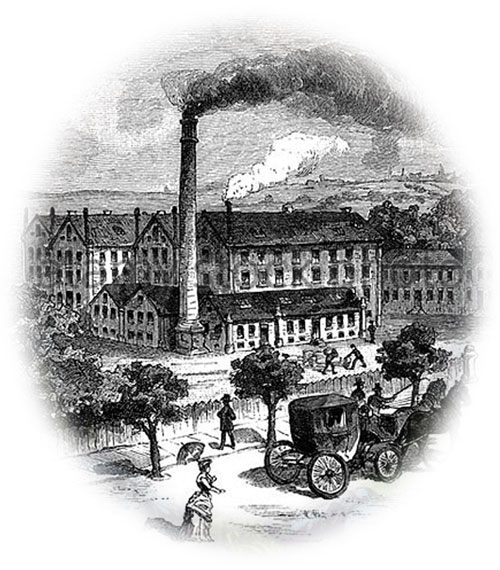 The beginning of the twentieth century was not easy for the family Undermine, cornered by debts and financial scandals. But his luck changed suddenly with the arrival of the famous Prohibition of 1920. This happy event opened new business opportunities that the young Roger took advantage by shifting the production of his Undermine beer to the Canadian border.

The famous Route 93 from the Canadian border to Wickenburg (Arizona) became the highway of beer. Millions of gallons of foamy Undermine were scattered throughout the country from the 93. Trade agreements were signed with respectable businessmen from Brooklyn, Chicago and Atlantic City that ensured the provision, protection and, why not? happiness. Undermine Beer became the new American miracle. Thousands of trucks marked with the symbol of the "U" spread all over American roads and began to be known as "The Road Beer Heroes".

But the fate of Roger changed again two years later when he was found floating in his Palm Beach pool with 196 bullet holes in his chest. His son Otto, aged 5, was forced to take over the business. His failed bid for jelly beans beer forced the management board to take control of the company until his majority. 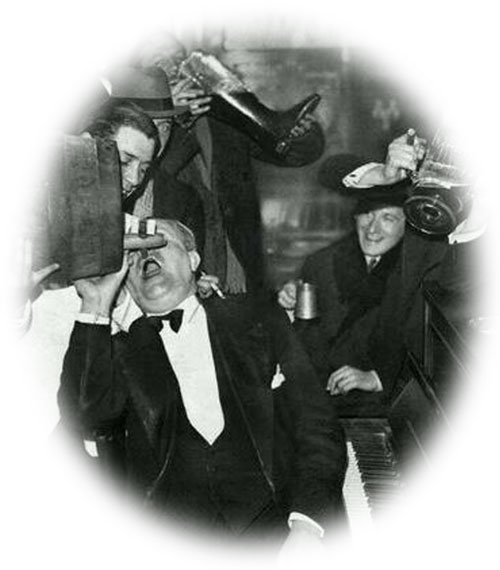 "The unfortunate scandal of the Red Beer case was a major setback for the company. We can't deny that the allegations of espionage and conspiracy proved true. Nevertheless, it never was demonstrated that our beer contained hops from the banks of the Volga"

The 50s and 60s were years of suspicion, slander, false accusations and insinuations; so much so that even the patriotic Undermine Beer reputation was stained by this collective paranoia. The press will never forgive Otto his unfortunate statements for NBC saying "I have the finger on the button neoliberal bastards, you will die as capitalist cockroaches".

Many rumors were told about Otto's businesses and personal relations with the Kremlin; most of them totally unfounded. While it is true that the accusations of espionage, treason and conspiracy to assassinate the president proved true, it never was proved that our beer contained hops from the banks of the Volga.

Since then and until today the truth about the role played by Otto and his company Undermine Beer in the escalating tension of the Cold War has remained secret. The CIA reports concerning the "Red Beer" case will be declassified and made ​​publicly available in the Library of Congress in June 2074. 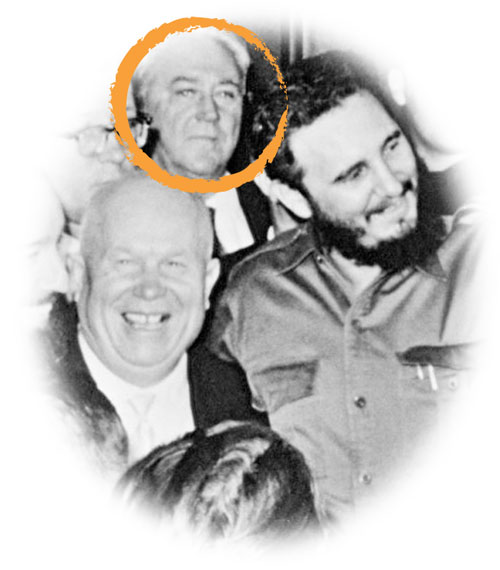 "However, all these adversities and setbacks will have been worthwhile if we managed to bring you the true taste of the Road Beer. Because during that momentary drink you've finally discovered the taste of freedom"

And today, in the XXI century, and after all the setbacks, we are convinced that the old Mr. Pendleton is now smiling proudly from down there, contemplating his legacy is still alive and that the wandering spirit of the Road Beer continues its eternal journey around the world.

It is no secret that the way of the company Undermine has been uncertain, difficult and uneven. But, dammit, each and every one of these difficulties have been worth it if people like you and me can enjoy this Road Beer style frothy beer, just as our grandparents and grandparents of our grandparents did.

After all, we should be doing something right to last over one hundred and fifty years. 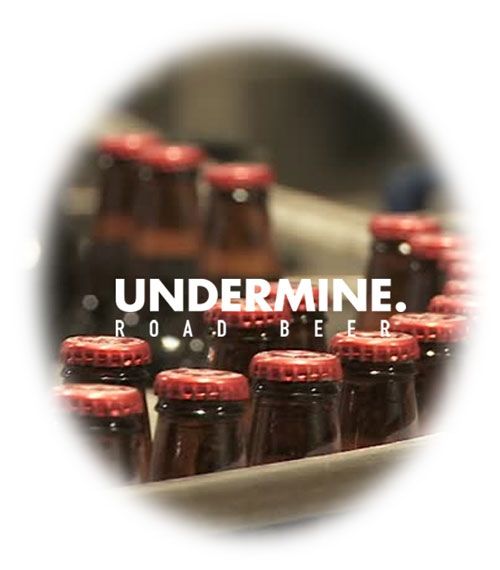 By continuing to use the site, you agree to the use of cookies. You can change this and find out more by following this link.CLOSE X